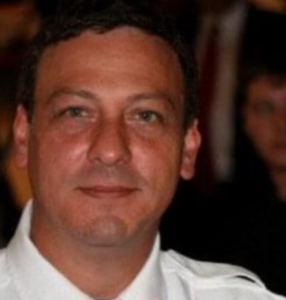 Chief Travis Williams began his career in public safety at the age of 16 as a volunteer firefighter for the Cuba, MO Fire Department. Her served as both a volunteer and a paid firefighter from 1984 to 1998, achieving the rank of Chief in 1997.

Chief Williams held the position of Dispatcher and was promoted to Shift Supervisor in March 2006. In 2006 he was promoted to Assistant Chief, where he served for 3 years. As the Assistant Chief, Travis worked closely with the Chief and Board of Directors, overseeing the daily operations of the communications center. He was appointed Chief by the Board of Directors in October 2011.

Chief Williams was a member of the original Vision Committee to assist Jefferson County 9-1-1 Dispatch in creating a 10-year-plan. During his tenure as Chief, Travis has seen the agency continue to grow and offer its citizens and public safety partners the best service available through upgrades to the CAD system, 9-1-1 phone system, fully redundant back-up facility and the addition of a multi-jurisdictional 800MHz Trunked Radio System.

Travis has one son, who recently married his college sweetheart, and are expecting their first child in the summer of 2022. Travis is very much looking forward to being a grandpa.